Toys are objects that children use to play with. Here we take a look at the history of toys.

Toys have a history as old as human civilization itself. Toys and games have been unearthed from the sites of ancient civilizations. While the exact origin of the word “toy” is unknown, it is believed that it was first used in the 14th century.

Among the earliest known toys are small stone and clay balls or marbles. Marbles were found in a child’s grave in Nagada, Egypt and date from 4000 BC. Medieval toys were made of wood and included yo-yos, cup and ball toys and tops.

Toys excavated from the Indus valley civilization (3000-1500BC) include small carts, whistles shaped like birds, and toy monkeys which could slide down a string. The earliest toys were made from materials found in nature such as rocks, sticks and clay.

When Greek children, especially girls, came of age it was customary for them to sacrifice the toys of their childhood to the Gods. On the eve of their wedding, young girls around fourteen would offer their dolls in a temple as a rite of passage into adulthood.

The teddy bear was named after an American president, Teddy Roosevelt. The first teddy bears were made in America in 1902, and in Germany in 1903. The two makers didn’t know that they were each making teddy bears because they lived so far apart! Kids love to go to beach to play in the water and also to play with their favorite beach toys. Here are some toys that will keep children entertained on the beach. Checkout the bestselling toys and games on Amazon Most families love to go to the beach and while adults like to just laze […] 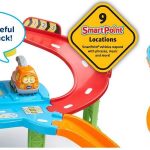 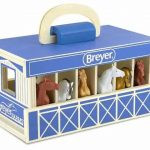 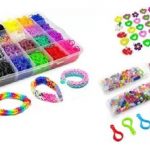