These best toys, dolls, costumes, accessories from the Toy Story movie franchise will take your child’s imagination “To Infinity And Beyond” (Buzz Lightyear’s famous catchphrase in the Toy Story films).

The Toy Story movies are computer-animated movies that focus on the toys of Andy Davis who come to life when Andy is not around. The toys find themselves in difficult situations and must work together to be able to escape and return to Andy’s house.

While the Lightyear movie didn’t do quite well at the box office, Hot Toys will come out with a deluxe action figure based on the lead character Lightyear, although not very soon. The 12″ figure will have realistic features such as the dome, extending wings, wrist laser, arm-mounted computer, and even his companion – the robotic kitty Sox. Surprisingly, Buzz’s gear won’t have any LEDs, which is unusual from Hot Toys. 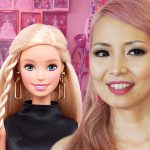 Find colorful and cute stickers and decals for kids that can be used to decorate walls, laptops, water bottles, books, skateboards, helmets, and more. You will find several unique designs and these are waterproof. Checkout the bestselling toys and games on Amazon Children love to put stickers and decals on various things such as hands, […]