Classic toys, such as the Hot Wheels, are making a comeback during the pandemic. Here’s what makes these toys so popular among kids as well as adults.

As per Mattel, the average U.S. child today owns around 50 Hot Wheels!

Lot of people think that Hot wheels are so popular because they are good at marketing. While that may be correct, the fact is that their vehicles are robust and have top-notch quality. And believe me, even the kids can make that difference out. Give the kids similar toys of other brands, and they will be quick to tell the difference in build quality, and the difference in paint/decals, design and so on. This is also the most important reason that Hot wheels car toys have been around so long and still preferred by buyers. Going back in time

Mattel’s Toys first huge success was the Barbie doll which was a rage with girls and earned the company a lot of money. In the late 1960s, the company was trying hard to come up with a toy that would appeal to the boys.

That’s when the founders came up with the idea of making realistic miniature toy cars for kids.

Soon, the company started producing 1:64th scale die-cast cars that looked extremely realistic with a lot of detailing and excellent paint jobs. These cars had much better wheels than the ones on Matchbox cars, which had been on the market for one and a half decades before Mattel launched its hot wheels cars, A tiny push to the Hot Wheels car made them go a really long way. The entire concept just took off because the design of these cars was much better than what the competitors were producing.

Lot of parents have grown up playing with Hot Wheels, and the company now consciously makes Hot Wheels toys that appeal to the adults/parents as well.

Today, there are thousands of Hot Wheels collectors all over the world around the world, with their own official website.

The first set of Hot Wheels cars, launched in 1968, included custom versions of the Camaro, Barracuda, Mustang, Thunderbird and Beetle. Mattel sold these cars at one dollar each, making them affordable to most parents.

Over time, Mattel introduced more car variants and they also started making tracks for these cars. While the dollar cars are still sold, the company now also makes premium cars that are more complex and expensive. Mattel also makes special edition versions of its popular cars. You can checkout the entire Hot Wheels range on their website HotWheels.com

Still sold for about a dollar

Due to high volume sales and low-cost manufacturing, Hot Wheels continue to be sold for about a dollar , the same price when it was first launched. And these still find their way into the parking spaces under Christmas trees. Toys and play activities can form gender-typed interests in very young children. The good news is that toy makers are trying to address the issue. Checkout the bestselling toys and games on Amazon Parents often buy lots of toys for their children and these kids spend a lot of time playing with these. However, most […]

The holiday season is here but there are concerns over possible toy shortages (as the coronavirus continue to impact operations). While the large retailers like Walmart have been preparing well for the holiday season, smaller retailers are likely to have less stock. Checkout the bestselling toys and games on Amazon Some experts however say that […] 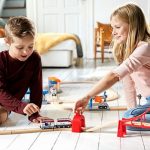 Swedish toy maker Brio toys are known for their wooden toys, clean design and durable construction. The company is now owned by Ravensburger, Europe’s leading manufacturers of puzzles and games. Checkout the bestselling toys and games on Amazon About Brio Founded by Ivar Bengtsson in 1884, Brio started off by selling baskets in Sweden towards […] 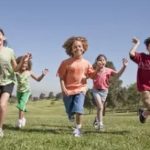 Planning a kids’ party or have lots of kids coming over? Make sure you have plenty of games to keep them occupied. These outdoor games are perfect to entertain kids and to provide them with some physical activity. Checkout the bestselling toys and games on Amazon While these games can be played with 2-3 kids […] 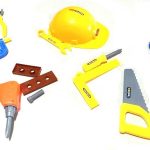 The best tool sets for kids that let them emulate their parents or technicians who fix the various things at home. Checkout the bestselling toys and games on Amazon More parents are fixing things at home themselves or are indulging in DIY projects at home. Not only does it save money, DIY projects can be […]