Some of these toy companies are global companies and may have a separate website for the American market, but they are primarily German companies.

Playmobil was established by Hans Beck in 1974 and is headquartered in Zirndorf, Germany.

Founded in 1935, Schleich is a reputable leading toy manufacturer in Germany.

Schleich is known for their animal toys, figurines, and playsets. Schleich animal toys include animals from the Farm World, Horse Club, Wild Life, Dinosaurs and more.

Steiff is known for its range of cuddly toys, especially teddy bears. It is today a leading teddy bear manufacturer in Germany and the world.

Steiff was founded in 1880 in Germany by Margarete Steiff who started off making elephant toys for kids; later she started ming other animal-themed toys for kids.

Bruder is a multinational company with offices in several locations over the world. Bruder is a family-owned company founded by Paul Bruder in 1926.

Simba Dickie Group manufactures a wide selection of toys for fun, play and learning. The brand makes a wide range of toys and games for kids of every age.

Founded as Simba Toys in 1982, the company has since aquired several other toy companies, such as:

Marklin makes some of the world’s most beloved toy trains. The company has been making toys for well over a century.

The Marklin toy company’s museum and store (headquarters) are located in Goppingen, southwest Germany. At their museum/store, you will see various model trains (made with painstaking attention to detail) passing through miniature villages.

Kathe Kruse is a well-known German toy maker known for their beautiful, cuddly, handmade dolls and are prized for their high quality standards. The company has been making dolls since 1911.

This is a popular German wooden toy-maker known for its range of high-quality, creative, durable, and safe toys. Hape is the world’s largest producer of wooden toys and incorporates sustainable and environment-friendly business practices.

HABA makes a range of kid’s toys that promotes learning and development skills and their toys are loved by children of all ages.

HABA manufacture and test all their products in Germany. It’s a family-owned German toy company that was founded in 1938 in Bad Rodach.

Grimms produces a range of toys that encourage early development in kids. Wood features prominently in most of their toys (as is true of most German toy companies). Grimms toys are high-quality, safe to use, and give children a feel of nature.

Grimms produce toys for kids of all ages ranging from babies to infants, preschool, school children (and even adults).

German company KETTLER makes range of leisure furniture, bicycles and children’s outdoor toys. The company was founded in 1949 and started of as a small enterprise in Ense-Parsit, Germany. Today, KETTLER products are sold in several countries around the world.

Beleduc makes educational toys that are designed for child-friendly development. Based in Olbernhau, Sachsen, the company makes all its toys using renewable resources. The company is basically a family business and have been operating in the toy for over 5 decades.

While Beleduc distributes their own brand globally through their partners, for the Hape brand, Beleduc is the exclusive distributors for their kindergarten supplies in Germany and Austria. 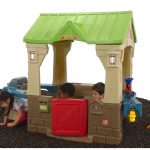