Despite the efforts of parents to keep kids away fro screen time, most kids do spend a substantial amount of time in front of the screen, either watching cartoons or playing video games on smartphones.

In fact, kids are spending even more time in front of screens during this lockdown, and which is most parents are getting panicky and buying a variety of toys for their kids in order to veer them away from screens.

But this raises a relevant question – can video consoles (and even video games) be considered as toys?

I spent a little time googling, and I came up with this thread, which says:

One of the reasons gaming console maker Wii is successful because it considers itself a toy. Little Big Planet (Sony) is also doing well because it targets only the young audience.

Ninendo also targets young audiences and most of its games are “kid-friendly”; Mario is okay for kids and parents know this. There are a lot of 10-year-old kids who own a Wii.

A computer cannot really be a toy unless it has reduced its functionality substantially, is much cheaper, and has entertainment value as well. Most video game consoles satisfy these requirements.

What do you think? Please share your comments below? 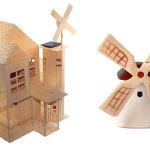 Windmill Toys for kids. Windmills use wind to produce energy. This form of energy is said to be renewable because there is always going to be wind on earth and we are not depleting the wind. It is also clean energy as it does not cause pollution. Checkout the bestselling toys and games on Amazon […]

Kids are fascinated by reptiles, especially the Komodo dragons. Now you can bring home this majestic reptile from the animal kingdom, thanks to these plush stuffed animals. Checkout the bestselling toys and games on Amazon Reaching up to 3 meters in length and weighing up to 200 pounds, the Komodo Dragon is the largest living […] 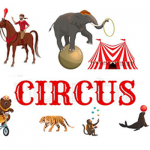 Circus toys that will spark the imagination of children of all ages. Let your child feel like a ringmaster while playing with their favorite circus toys. Checkout the bestselling toys and games on Amazon Janod Story Box Circus Janod Story Box Circus includes wonderful detailed wooden animals, acrobats, vehicles and other circus related pieces that […] 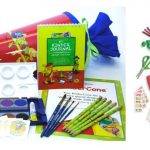 Schultüte is a cone shaped bag filled with goodies that first-graders in German schools get for completing their first day in school. Checkout the bestselling toys and games on Amazon For more than a century, German kids have been carrying a “Schultüte” (or “Zuckertüte”) to school to celebrate their first day of school. Many believe […]